IN LATVIAN
ABOUT THE IMPORTANT IN LATVIA!

IN LATVIAN
ABOUT THE IMPORTANT IN LATVIA!

Latvijas Mediji is one of the biggest publishing houses in Latvia with an impressive range of products, including the biggest Latvian language daily newspaper Latvijas Avīze, several popular magazines, websites, books and other publications.

The publishing company was founded back in 1988 under the name of Lauku Avīze (Country Newspaper), which was also the name of the daily newspaper.

In 1991 the newspaper had strengthened and expanded its nationwide position, so it was given the name of Latvijas Avīze (Latvian Newspaper), while the publisher kept the original name of Lauku Avīze.

Thirty years of development and going strong in the market has meant that in 2017 the publishing house needed still a new name to embrace its new media ambition along with keeping the traditional values of print media. So it has taken the new, ambitious name of Latvijas Mediji (Latvian Media) with a broader meaning, which still carries the name of Latvia and speaks of its fundamental values, like high quality and socially responsible journalism in the interests of Latvian society.

The new company logo is a combination of stylized Latvian national ornaments and laconism of the contemporary digital world and symbolizes 4 types of communication: written word, image, sound, and digital content, emphasising the ambition of JSC Latvijas Mediji to become a broad profile media group with superb content in various digital and printed mass media formats. 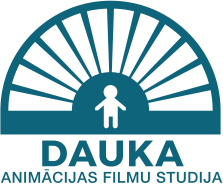 Readership of printed publication and online is 906,715

Issue 5000 of Latvijas Avīze is published